Kauai's Hindu Monastery is located on the island of Kauai, Hawaii. Here, Satguru Bodhinatha Veylanswami and his monks carry on the tradition and mission of an ancient Hindu lineage. The center in Hawaii is the international head-quarters for those who are closely associated with this spiritual lineage. Religious and spiritual association with this spiritual lineage requires serious commitment. There are about 500 families from many countries around the world are part of our spiritual family, official members. This international congregation is core group of Saiva Siddhanta Church, originally founded by Satguru Sivaya Subramuniyaswami, the predecessor of our current head. The monastery and monks are the offical clergy for this congregation..

Click here for more information about the monastery. And go here for learn all about Saiva Siddhanta Church.

Himalayan Academy is the educational arm of Saiva Siddhanta Church and Kauai's Hindu Monastery, founded as a separate non-profit corporate entity in 1965 by Satguru Sivaya Subramuniyaswami.

Himalayan Academy is dedicated to publishing and educational work that serves not only the congregation of Saiva Siddhanta Church, but all Hindus of all denominations and the world at large.

Himalayan Academy teaches Saivite Hinduism in particular, to those who are interested in advancing themselves spiritually and be officially dedicated to this lineage. But it's educational services also extend to teaching the basics of Hinduism common to all Hindus. The target audience of this work includes all 600 million Hindus the world over and non-Hindus who are interested in learning about Hindu teachings. Himalayan Academy is the publisher of the world renowned Hindu flagship magazine "Hinduism Today" which carries the news and message of Hindu Solidarity for all Hindus the world over. Hinduism Today is distributed in over 50 different countries. 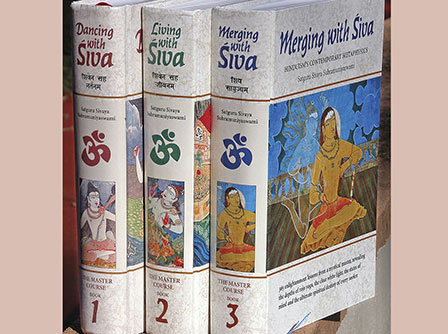 Himalayan Academy is also a book publisher and has been producing texts on Hinduism for nearly 50 years. As monks have done through the centuries, we continue to bring the teachings and scriptures forward for future generations. Texts are prepared by the monks in Hawaii. Our publications program is international with books being printed in USA from four different printing plants in USA. We also partner with other publisher who re-print Himalayan Academy text in other countries. Russian editions are printed in Kiev, Ukraine and Moscow. Indian editions are printed by two different publishers in New Delhi, India.

Himalayan Academy has also been in the internet from the earliest days of the digital revolution. Hinduism Today was distributed on the first digital bulletin boards way back in the 1990. When the internet was established in 1993-95. We were the first Hindu organization to have a domain on the web. The monks maintain web sites on state of the art dedicated servers at ServePath, in San Franscisco.

Through it's publications, Himalayan Academy touches the lives of hundred's of thousands the world over. Because the monks put up all their information for free, much of the content relating to Hinduism on many other web sites, is simply what the monks have done, re-purposed, with our permission on other web sites. 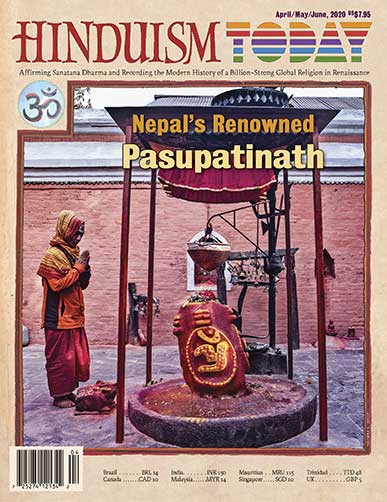 We call our international magazine, Hinduism Today "the prow of the ship." It carries news and insights from Hindu leaders and communities all over the world. Published continuously since 1979, Hinduism Today has a reputation for a high standard of journalism. It is unique among faith publications because it carries the vision and news of not only our organization, but all Hindu denominations. At such it's message is one of Hindu solidarity and tolerance. Today it is consider the leading voice for Hindus all over. A voice the speaks to Hindus of the next generation and also a voice that speaks for the Hindu community to the world at large. The educational materials prepared for publication in the magazine are widely respected and reprinted and distributed in thousands of class rooms across the nation, including US public schools. Click here to go to the Hinduism Today web site.

Help with Information on Hinduism and the Hindu Community

The editors of Hinduism Today have been "tapped" by reportors and journalists of other publications for many years, including the US government. We are ready and willing to assist you get a clear, accurate view of the Hindu community and related issues in your area of coverage. If you want to get some answers to help you understand Hindu issues on your beat, feel free to contact us directly. Send a query to "letters@hindu.org." We will do the best we can to answer your questions. With 40 years of investigative reporting on the Hindu community and issues in countries all over the world, we have a pretty good handle on most of the key issues. If we don't have the answers, we can put you in touch with someone in our large network of associates that we know you can trust as authentic sources of information.

Resources for Your Publication

Much of the information in Hinduism Today make for a perfect reprint in other publications. In particular we have a Hindu Festivals Media initiative and offer completely finished, graphically rich content that you can run in your broadsheet or magazine, free of royalties. Because of budget cuts we know a lot of publications have dropped their religious editors (sadly) but if you still want to pull together a page on Hinduism check out our Hindu Festival Media Initiative

If you are interested in doing a story on the monastery, our temple in Hawaii or our work in general, please feel free to contact us directly. We suggest you review stories done by other publishers here "Kauai temple in the News"